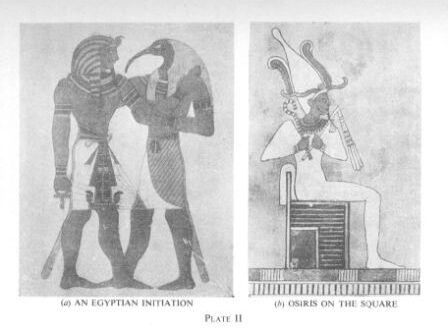 Modern Theosophy is renowned for its reception of ancient Asian traditions, but the Theosophical movement and related esoteric currents have also enthusiastically reinvented ancient Egyptian, Ptolemaic, and Hellenistic traditions. During the 18th and 19th centuries, the Theosophical interest in the ancient world was part of a larger movement. Egypt was eagerly embraced as a powerful topic in art, fashion, and literature, and Egyptology emerged as an academic discipline. Theosophy and related esoteric traditions did not stand on the outskirts of these expressions; but formulated their perspectives in a dialectical relationship with broader trends and vice-versa. Occasionally, the receptions, conceptions, relationships, and entanglements were so pronounced that it was difficult to clearly distinguish between Egyptology, Egyptomania, and Egyptosophy. During the same period of time, there was a renewed and continued interest in the ancient world, ancient philosophies, ancient mythology, and ancient religious traditions, which constituted an integral aspect of both Theosophy and the ‘occult revival’ at large.

The fact that Ancient Egyptian, Hellenistic and Ptolemaic traditions have been regarded as vital sources of wisdom across esoteric currents, including Theosophy, is of particular significance. Ancient Egypt is prominent in the foundation of the Theosophical Society, as it was after George H. Felt’s lecture on the “Lost Canon of Proportion of the Egyptians” (1875) that the discussion to form the society emerged. The word “Theosophy” itself can be traced back to the Alexandrian Neoplatonists, something Blavatsky continued to underscore. Ancient Egypt is also emphasized in H. P. Blavatsky’s Isis Unveiled (1877), as well as in The Secret Doctrine (1888), and has continued to be important in many esoteric currents. The Brotherhood of Luxor played an important role in the early days of the Theosophical Society, whilst a number of Theosophists joined The Hermetic Brotherhood of Luxor. G.R.S. Mead spent most of his life publishing and popularizing Neoplatonism, Hermetism and Gnosticism; Anna Kingsford founded the Hermetic Society.

Over the years, numerous members of esoteric currents, such as the Theosophical, have written on and been inspired by the “secrets” of ancient Egypt, the pyramids, initiation, magic and the Alexandrian Library. Many of the ancient Hellenistic philosophical and initiatory traditions are equally important to Theosophy. The famous notion of secrecy and the distinction between esoteric and exoteric also dates back to the ancients. Related modern esoteric societies, including Freemasons, modern Rosicrucians, The Hermetic Order of the Golden Dawn, Thelema and the Anthroposophical Society have all equally cultivated ideas, aesthetic expression and practices derived from ancient Egypt and the ancient world. Placed in the library of Alexandria—right at the ancient center of learning, where most of the ancient traditions came together—this conference aims to explore the continued legacy of the ancients, especially how Egypt and the ancient world, with all their associated traditions, have been received in Theosophy and related currents of esotericism.

The Lure and Romance of Ancient Egypt: John Yarker, Helena Petrovna Blavatsky, and the Ancient and Primitive Rite of Freemasonry

On 24 November 1877 the British freemason and occultist John Yarker (1833-1913) issued an honorary diploma or certificate to Helena Petrovna Blavatsky (1831-1981), for the Rite of Adoption of the Ancient and Primitive Rite of Freemasonry. The certificate triggered a certain amount of controversy among freemasons, which caused Blavatsky to print a statement about her stance on Freemasonry in The Franklin Register, on 8 February 1878, in which she in no uncertain terms stated that she did not consider herself a Western Freemason. The Ancient and Primitive Rite had grown out of two so-called Egyptian rites of Freemasonry, the Rite of Memphis and the Rite of Misraïm, both of which appeared at the beginning of the 19th century, and which reflected the rampant egyptosophy that followed in the wake of Napoleon’s campaign in Egypt 1798-1801. Egyptian Freemasonry can be described as a particular type of High Degree Freemasonry that places the origins of Freemasonry in ancient Egypt and that draws on Egyptian themes, rather than on myths associated with the building of Solomon’s Temple or the Knight Templars. In this keynote lecture, the rituals of the Ancient and Primitive Rite will be discussed. More specifically, the Egyptian themes contained in the rituals will be analyzed in the light of 19th-century esotericism.

For several years – likely fuelled by the success of television series such as the History Channel’s Ancient Aliens – media outlets have brought fringe-theories of pyramids and sphinxes supposedly visible in NASA images of the surface of Mars into the mainstream. This lecture unearths the much longer cultural history of popular imaginings of ancient Egyptians as extra-terrestrial travellers stretching back to the late nineteenth century. Taking as its primary focus Fred T. Jane’s 1897 novel To Venus in Five Seconds and Garrett P. Serviss’ 1898 novel Edison’s Conquest of Mars, it examines the first literary and artistic representation of a Martian sphinx, as well as depictions of ancient Egyptian astronauts, and pyramids as landing pads. Reading these novels in light of contemporaneous astronomical theories (such as Percival Lowell’s entertainment of the idea that the ‘canali’ [‘channels’] first observed on Mars’ surface by Giovanni Schiaparelli in 1877 were actually engineered ‘canals’) and Theosophical thought (including Helena Blavatsky’s speculations as to the lost technologies of ancient Egypt and Ignatius Donnelly’s influential 1882 work Atlantis: The Antidiluvian World), this lecture illuminate a historic moment in which science, esotericism and fiction collided in the popular imagination.

Eleanor Dobson is Associate Professor in Nineteenth-Century Literature at the University of Birmingham. She is a specialist in the reception of ancient Egypt in the nineteenth and twentieth centuries, and is the author of Writing the Sphinx: Literature, Culture and Egyptology (Edinburgh University Press, 2020) and, most recently, Victorian Alchemy: Science, Magic and Ancient Egypt (UCL Press, 2022).

Any person may submit a paper to the conference committee on any aspect of the subject. Summaries of no more than 200 words and 50 words biography should be sent to the secretary of the ITHC, Erica Georgiades, via email (erica.georgiades@gmail.com). A very limited number of online-only proposals can be accepted, so please indicate if your proposal is ‘online-only’. The conference committee will evaluate all paper proposals prior to acceptance.

The original purposes of holding the International Theosophical History Conferences are practical in nature: to maintain interest in the subject, to assess the status of research in the area, and finally to provide material for publication within The Theosophical History journal.  This last purpose has not been emphasized in recent conferences, so we wish to confirm that this purpose remains in effect.  If the presenter wishes to publish in the journal, we advise that the style of the final text and endnotes conform to Chicago Style and that a digital submission be sent for review to the editor (Tim Rudbøg timrudboeg@hum.ku.dk) in Word format no later than two months following the Conference. To visit the website of the Theosophical History journal, please click here.

The suggested presentation time is 20 minutes + 10 minutes for questions & answers.

Registration to the 2023 ITHC will open after the programme is released.

Please, check if you need a visa to Egypt and if it can be given upon arrival at the airport or if you need to visit the Egyptian Embassy in your country. You should also check the visa cost, which may vary from country to country.

It would be best if you chose the hotel, pension, or Airbnb that best suits your needs. To close a hotel near the Bibliotheca Alexandrina, check booking.com by clicking here.

The conference will open on the morning of the 13th and close on the evening of the 14th.  On the 15th, there will be an optional group tour in Alexandria.

We suggest you arrive on the 12th and depart on the 16th morning, shall you wish to join the tour programme or spend one free day in Alexandria.

How to Arrive in Alexandria

The train is quite comfortable, and you can always visit the pyramids before leaving for Alexandria. It is around 3.45 hours from Ramses Train Station in central Cairo to Misr Train Station in central Alexandria, and the ticket is around 7 Euros for the normal train. We suggest you buy your train ticket at Cairo station. Trains often run between 6 a.m. and 10:30 p.m., and there are two service levels to select from. Click here for more information.  Here is an article about travelling from Cairo to Alexandria by train: https://bemusedbackpacker.com/2019/04/08/how-to-travel-from-cairo-to-alexandria-by-train/

SUPPORTED BY THE BLAVATSKY TRUST.